The new Tecno Camon 15 series offer an ultimate flagship smartphone experience, with a key focus on the cameras, while keeping the pricing as precise as possible. The company announced the Camon 15, Camon 15 Air, as well as the Camon 15 Premier smartphones. Today, we’ll take a quick first look at the standard Camon 15.

The phone comes wrapped in a blue box definitive of the brand. When you unwrap it, you’ll find the phone, charger head, a transparent phone case, earphones, micro USB charger, glass screen protector, and a few documentation guiding you on how to use the phone. 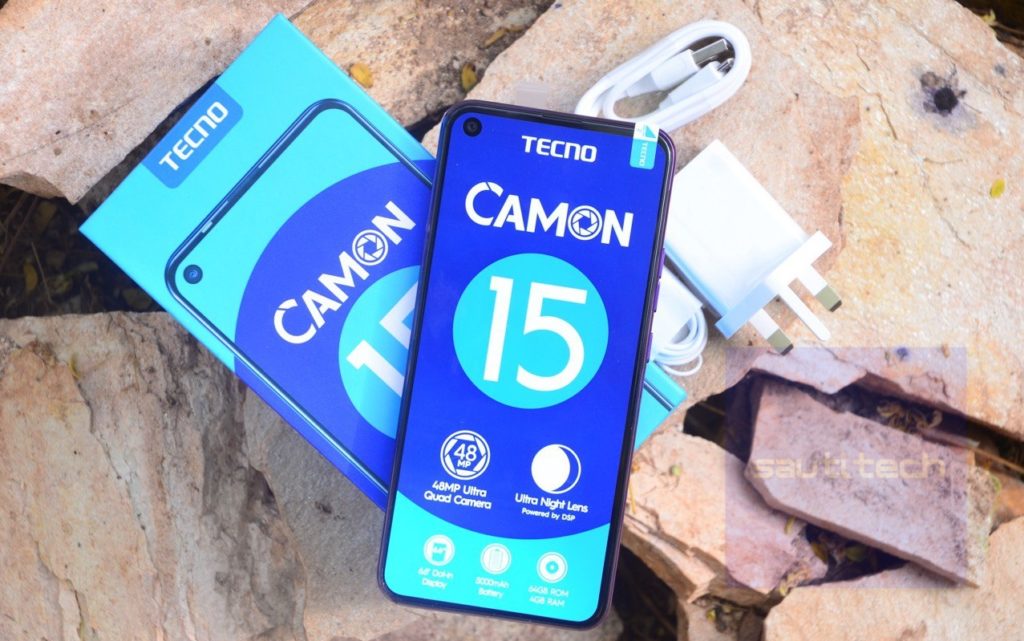 The Tecno Camon 15 boasts of a unique four-array rear camera line up, highlighted by a 48-megapixel sensor, which we’ve usually seen in phones that cost a lot more. There are also plenty of other flagship-level features such as a large and decent display, fast RAM and storage, a powerful processor, and fast charging.

We start with the design. Just like with the Spark 5, the Camon 15 follows similar design principles when it comes to the display – coming with a punch-hole camera in the 6.6-inch screen that both phones possess, with a full-HD+ 720*1600 resolution. Of course, each of these models has a slightly different finish or design. Tecno sent me the Fascinating Purple colour of the Camon 15, which I have found really good looking. The back is really designed beautifully and I must say it is worth the wait. 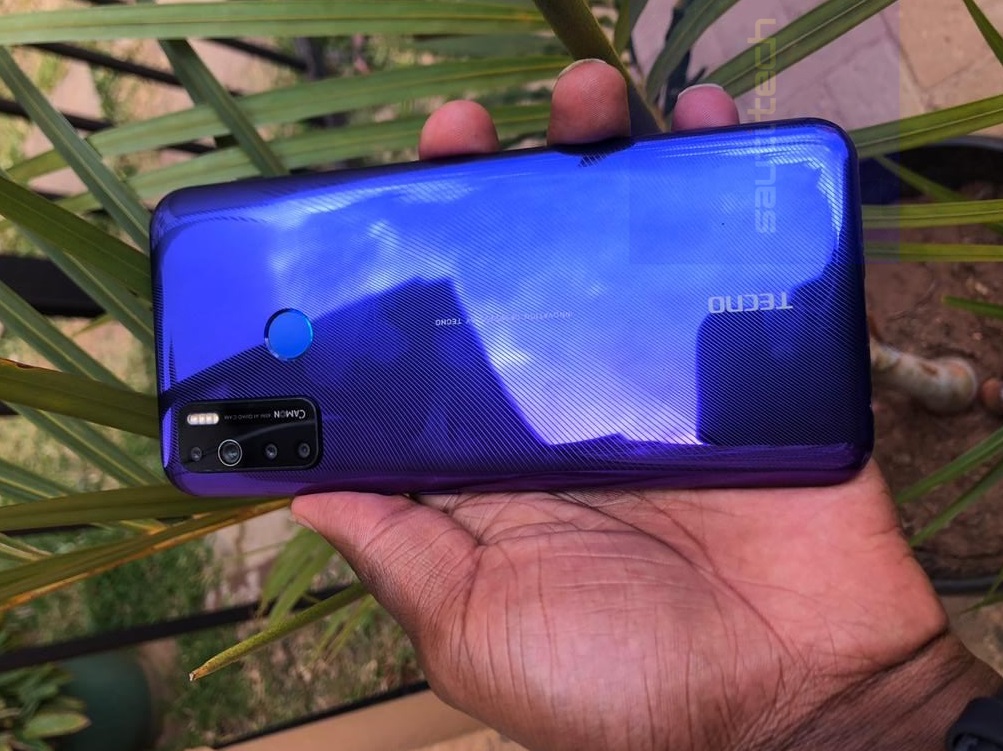 The build quality does not disappoint, with the phone’s rounded corners and edges making it comfortable to hold. The buttons are right in place, with the fingerprint sensor on the back performing as expected.

In the little time I spent using the Camon 15, I saw that the display can get really bright with interesting colouring. However, the brightness level needs to be pushed quite high to enjoy your view to the maximum. When using this phone indoors at medium to low brightness, the screen feels a little dull. You can choose to unset the brightness auto-feature.

The company’s HiOS feels really fluid thanks to the support from Android 10, and we are experimenting its efficiency with games as well, so watch out for the full review, coming soon. Of course, you have to give credit to the processor.

The Camon 15 is powered by a 2.0GHz octa-core Mediatek MT6762 Helio P22 processor that features the Cortex-A53 CPU. So far, the chipset has been performing well and there are no complaints of any heating problems, but we’ll have the final report about this in the full review.

The standard variant, with 4GB of RAM and 64GB of storage, is powered by a 5000mAh non-removable battery, and the inbuilt storage can be expanded via microSD card with a dedicated slot.  You also get dual-SIM support.

Let’s get to the main party of the Camon 15 — the camera. Like we’ve said earlier, the overall camera setup is similar to what you get on the Tecno Spark 5, with the main change being the primary camera sensor. The Camon 15 has a 48-megapixel sensor with a significantly wider lens. It is capable of an impressive 8x optical zoom, and can go all the way to give you superb photography to keep you shooting. 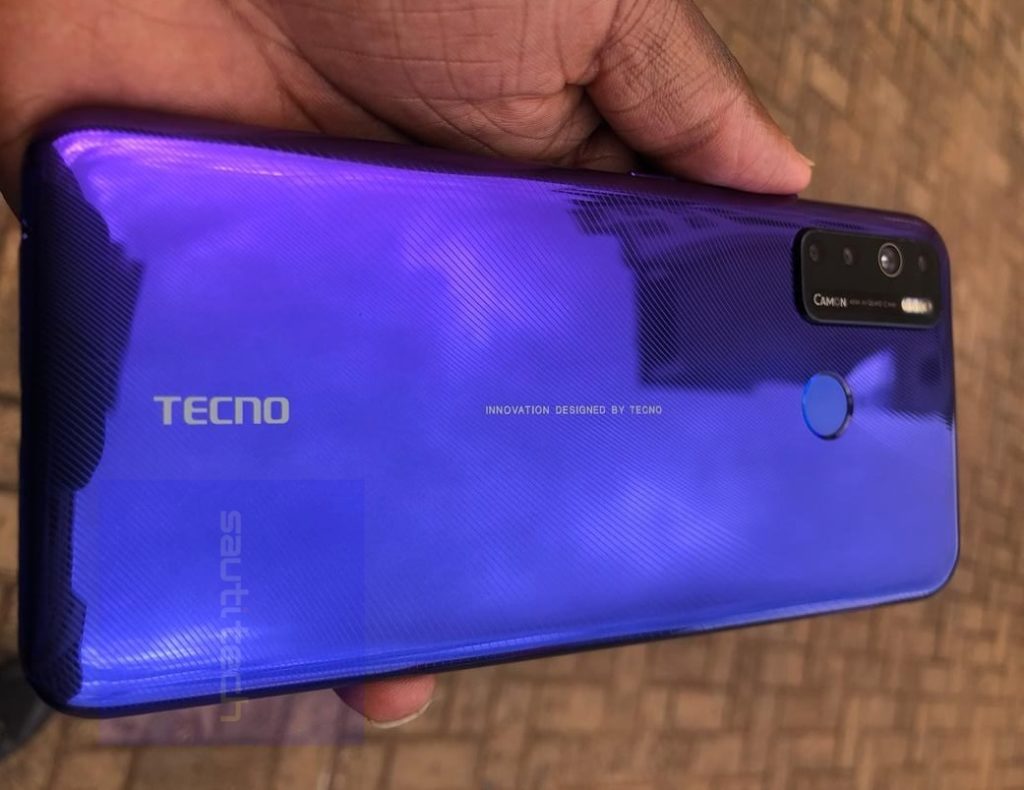 The other rear cameras are a couple of two 2-megapixel primary cameras, and a QVGA macro camera. For selfies, there is a 16-megapixel camera that shines out with a flash just at the bridge of the upper bezels.

Tecno has also added new features in the camera app. There is an interesting Super Night mode that lets you capture all the moments regardless of the time. 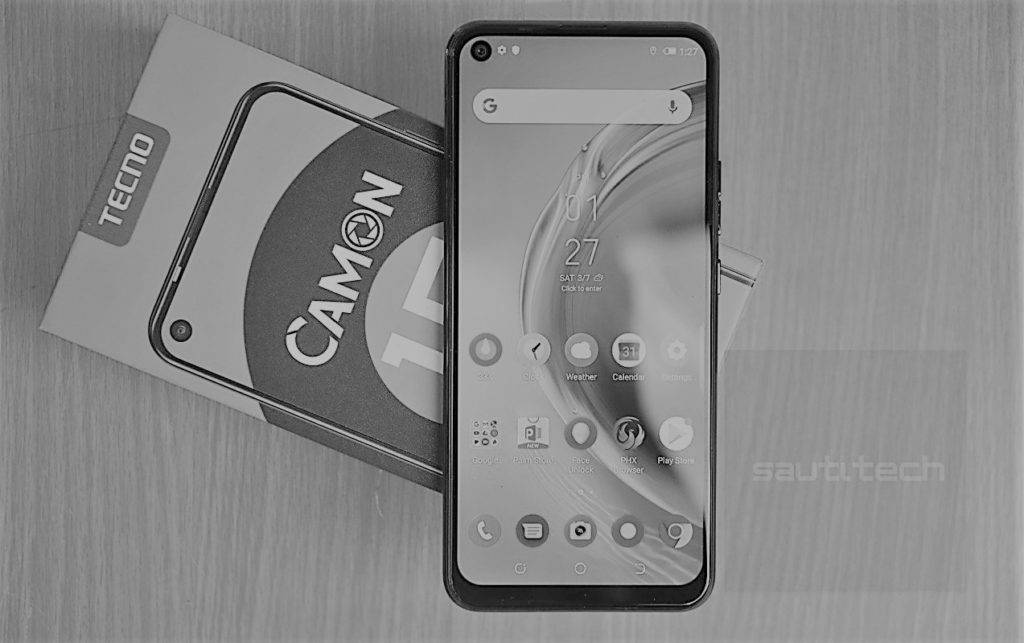 The Tecno Camon 15 starts from UGX 688,000, which is a very fair price when you consider the entire package on offer. We will be testing its cameras, battery life, and overall performance further over the next few days, so stay tuned for the full review.